Drop D tuning is a popular tuning for guitarists.

It’s one of the first alternate tunings that I experimented with way back when (the mid to late 90s if I’m being specific).

In this article, we will discuss all things about drop D tuning on the guitar.

By the end of this, you will know exactly how to learn to tune your guitar to this alternate tuning.

What is Drop D Guitar Tuning? 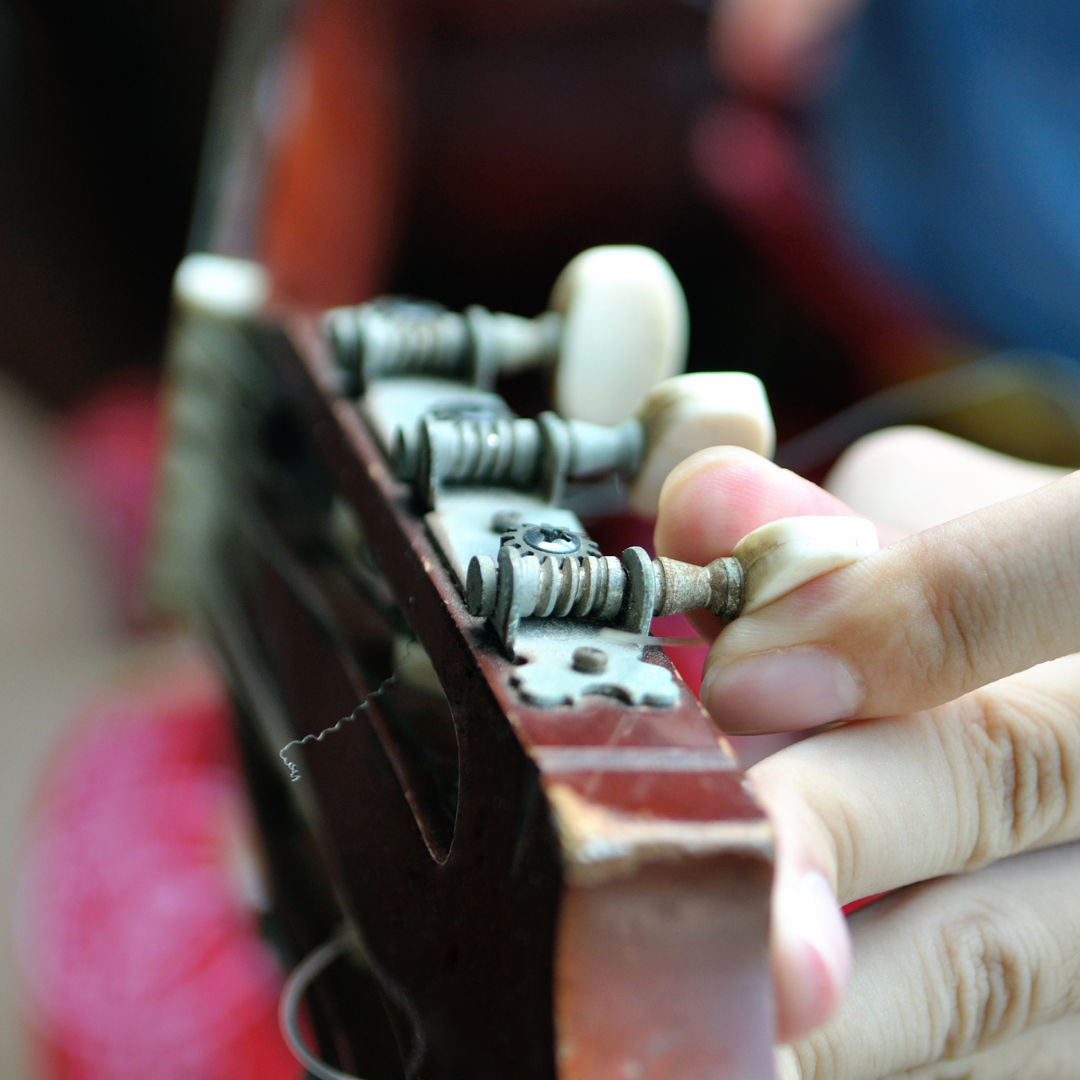 That sound was attributed (not all the time) to drop D tuning.

Now that’s not the advent of this tuning but it’s just when I started to take notice of it.

Drop D tuning is an alternate way of tuning a guitar, most often used in rock and metal along with other subsects of rock.

The reason for its appeal in heavier style music is because it allows bands to create a heavier sound.

It’s not just reserved for heavier music as it’s been used in all genres of rock music.

There are benefits to using drop d tuning.

It allows for more freedom on the strings when playing power chords or heavier riffs because three open strings can be played instead of just two (with power chords).

Speaking of power chords, if you’d like to find out more about them you can head over to our guide right here: Power Chord Guide.

Let’s discuss some basics of drop D tuning and can eliminate any unwanted nerves with regards to tuning your guitar differently.

The tuning consists of the 6th string (Low E) being tuned down one whole step to a D….that’s it!

So its standard tuning is as follows: E A D G B E

If we take and “drop” the E string then we get D A D G B E and that is drop d tuning.

It’s the easiest alternate tuning on the guitar to achieve.

If you are in the mood for a challenge, then check out our post on drop C tuning here: Drop C Tuning.

How To Tune To Drop D 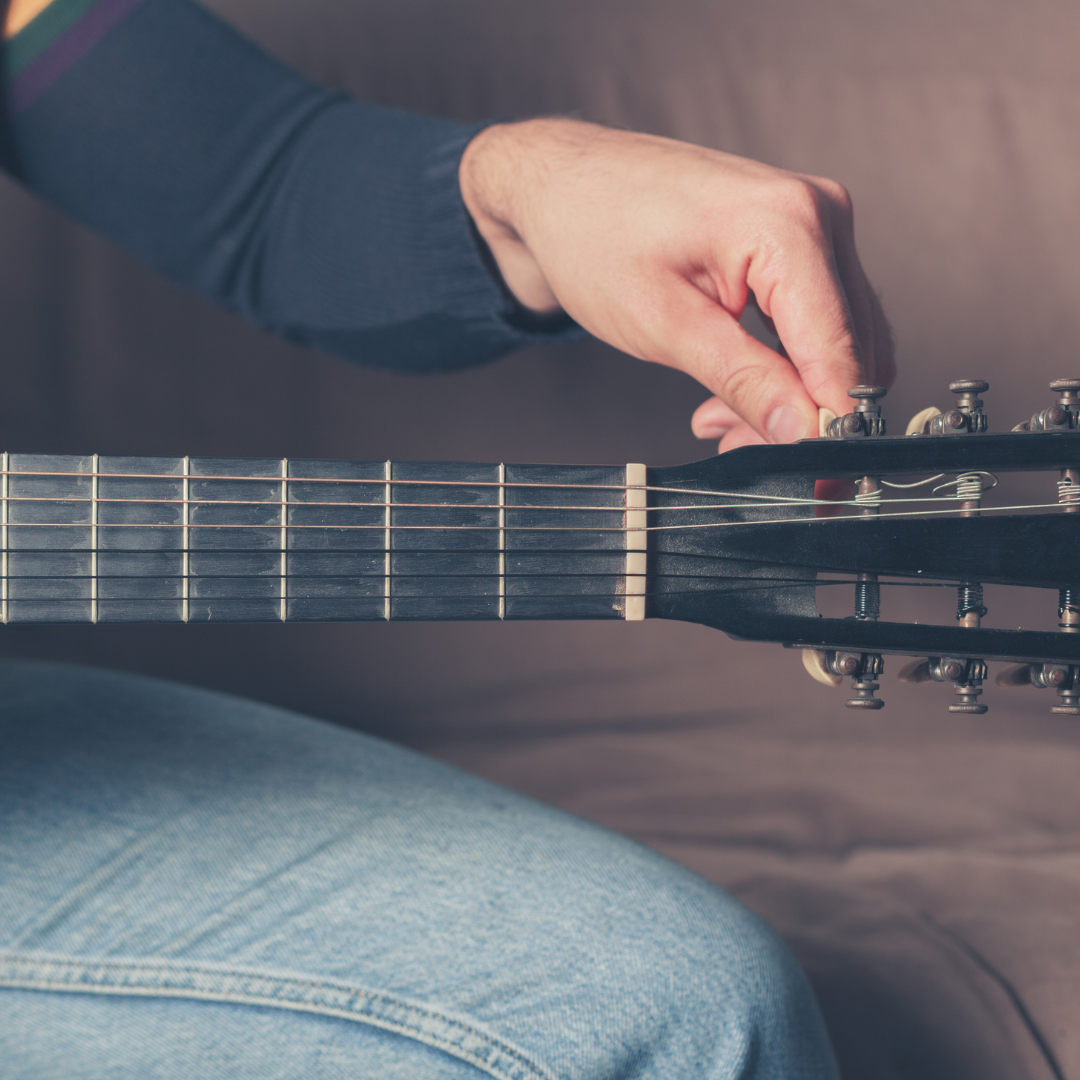 Believe it or not, I learned the old-fashioned way to drop d tune my guitar which is by ear.

If you’re nervous about making your guitar go out of tune…don’t be.

Make Sure You Are In Standard Tuning

Let’s make sure you are in standard tuning E A D G B E first but strumming all six strings once open (no hands on the fretboard).

Use the D String

The d string (4th string) is the tone we are trying to achieve here.

What you would want to do is pluck the string enough to let it ring out.

Once that string is ringing then you want to quickly d tune the top E string a step down to match the pitch.

Be sure not to be too forceful or fast with the tuning machines.

Lastly, you can strum an open d major chord as this is in essence the tone you are wanting to achieve.

If you strum the open D chord, it will sound like this.

Then strum the top three strings (E A D…now D A D) to ensure it sounds the same.

So you have now tuned your guitar down, how do you play chords in drop d? 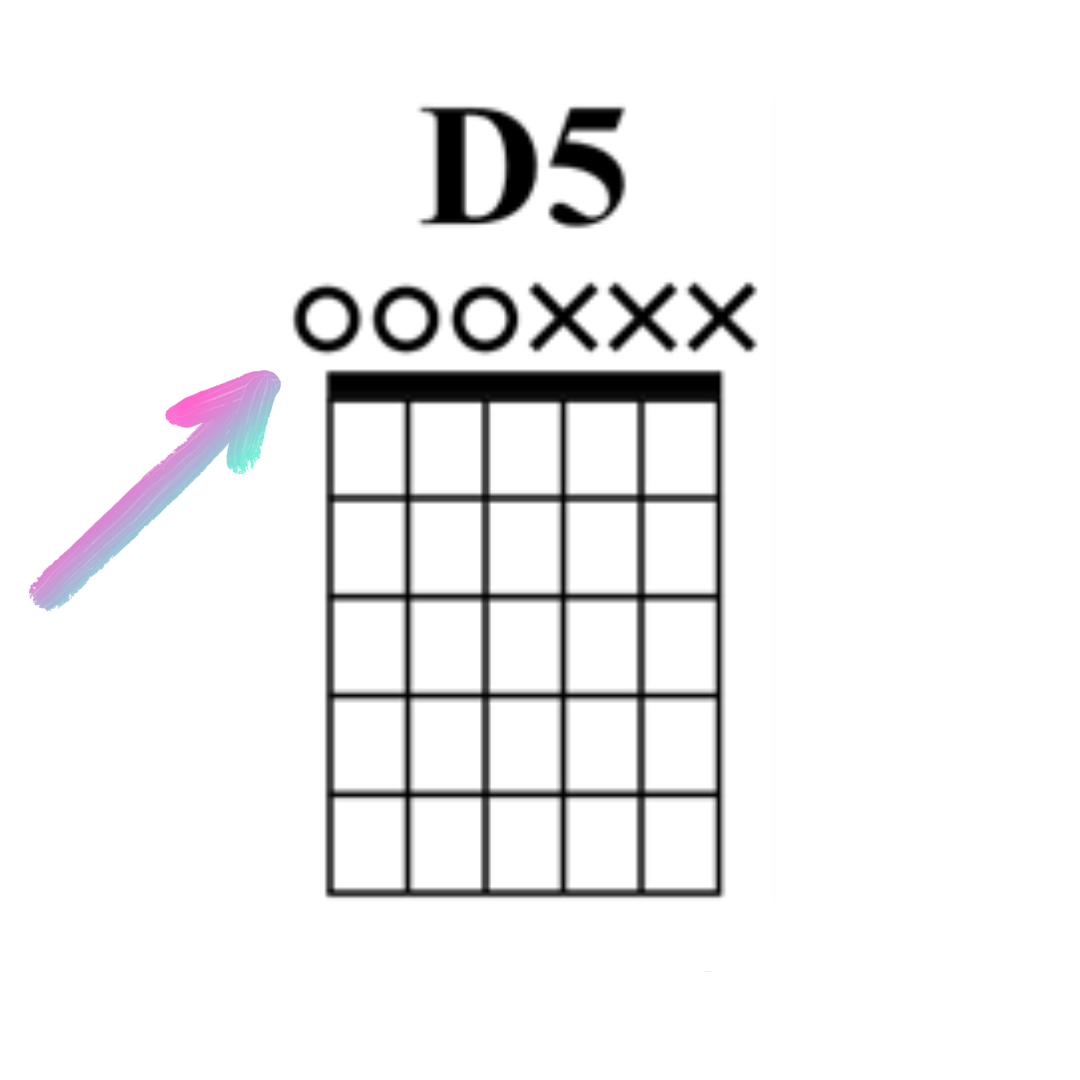 As we stated before, if you strum the 6th, 5th, and 4th strings open then it’s a D5 in drop d tuning.

Now the shape below is going to get you far playing in drop d.

Here is an E5 chord.

If the distance between D to E is two frets then we take the D5 shape above…..moving it two frets will get you the E5 below. 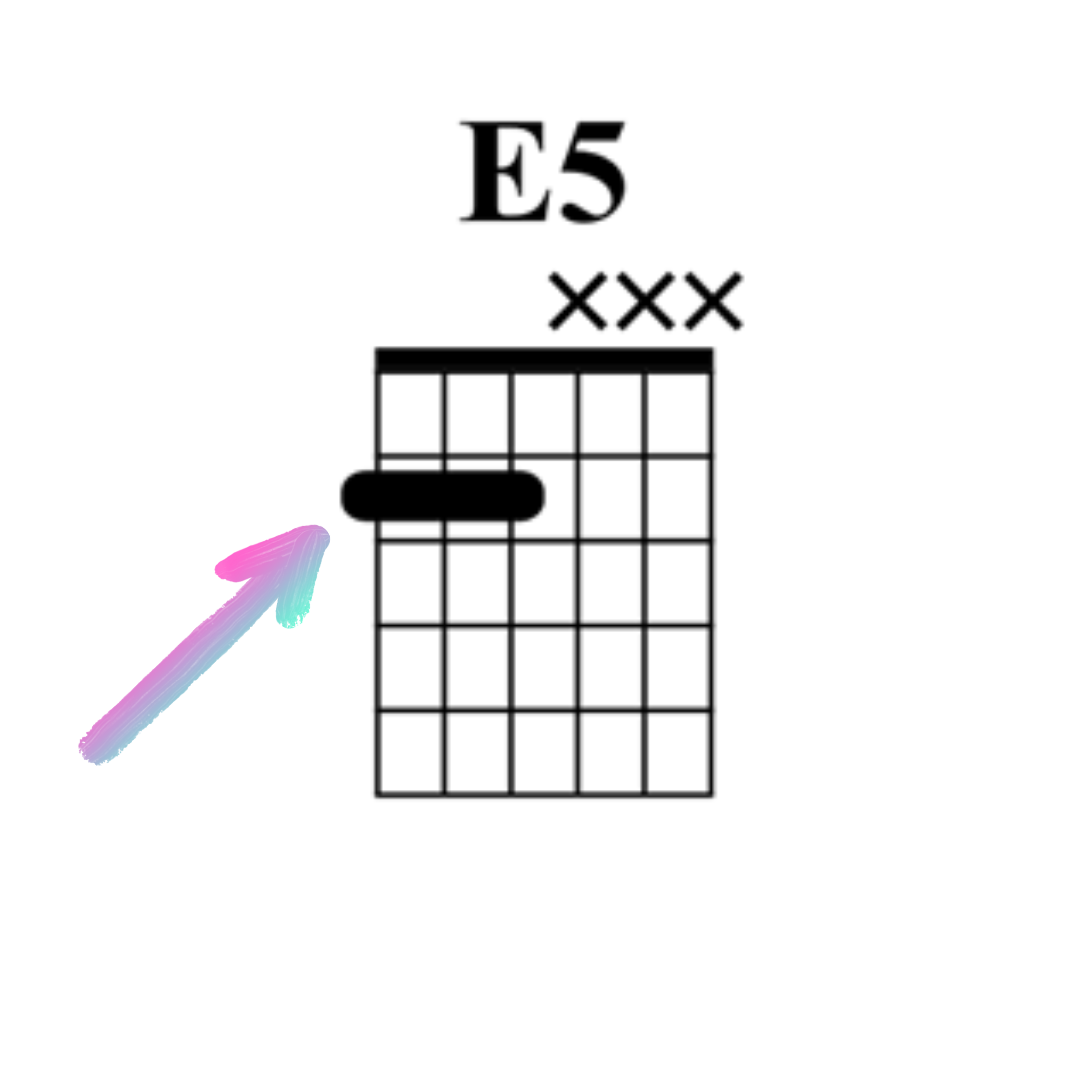 You can play the E5 (and the other shapes) by barring with your index finger or by using your middle, ring, and a pinky on the 2nd fret.

Now moving it up one fret will get you the F5 chord in drop d tuning.

Think about it like this; if the F chord resides on the first fret then moving it up two frets to the 3rd in this tuning gives us the drop d version. 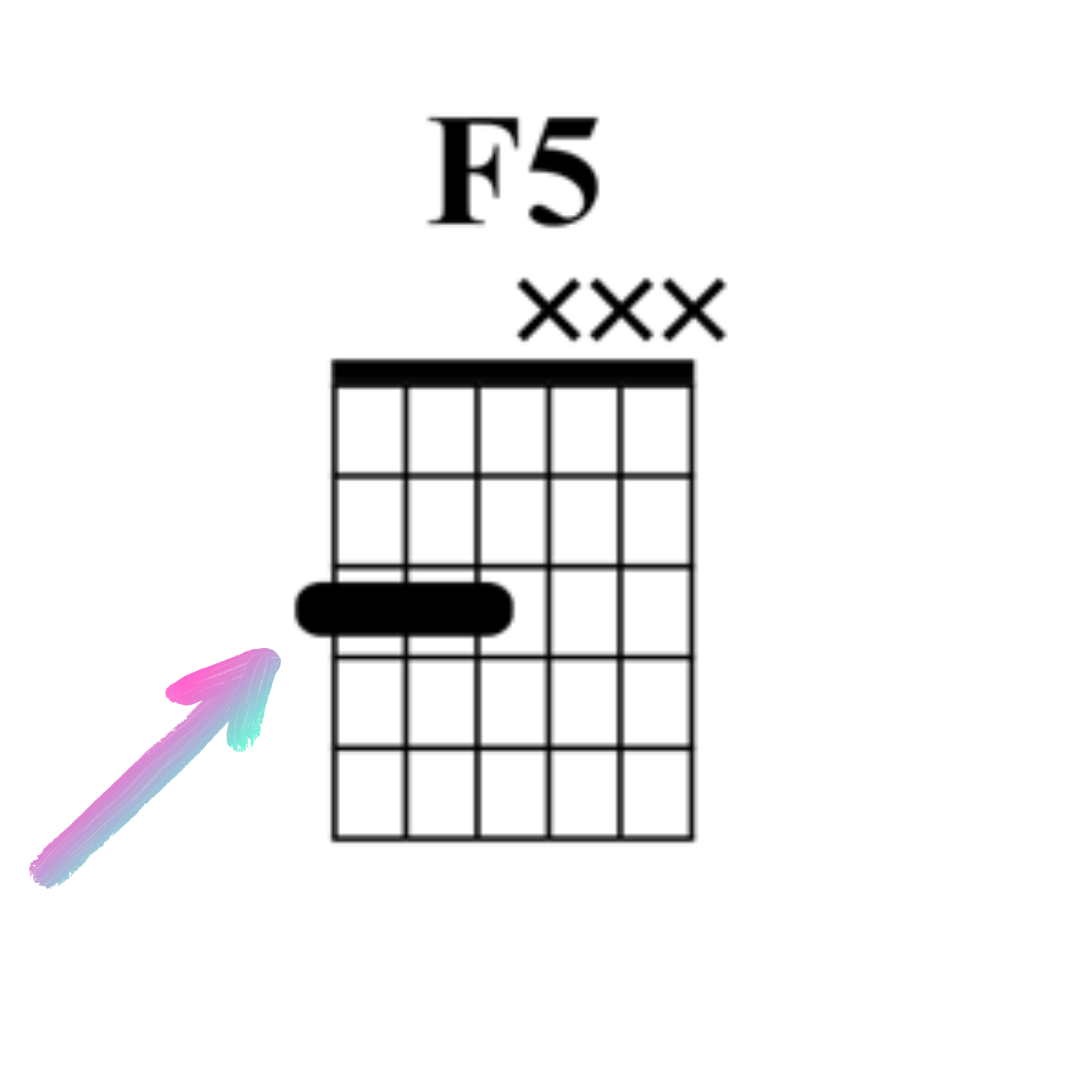 Now if the G chord is typically rooted on the 3rd fret of the 6th string in standard tuning, then moving it up two frets to the 5th will give us a G5.

So now you can keep moving it up the neck to get all of these chords as you play around in this tuning.

We mentioned chords a lot so if you’d like more information on them, here are some suggested guides for you.

One important note about drop d tuning that I’d like to address for beginners.

You can still play the open chords starting with the 5th string (A string).

They would sound the same. You just need to be mindful of not picking the top string since we changed its tuning. 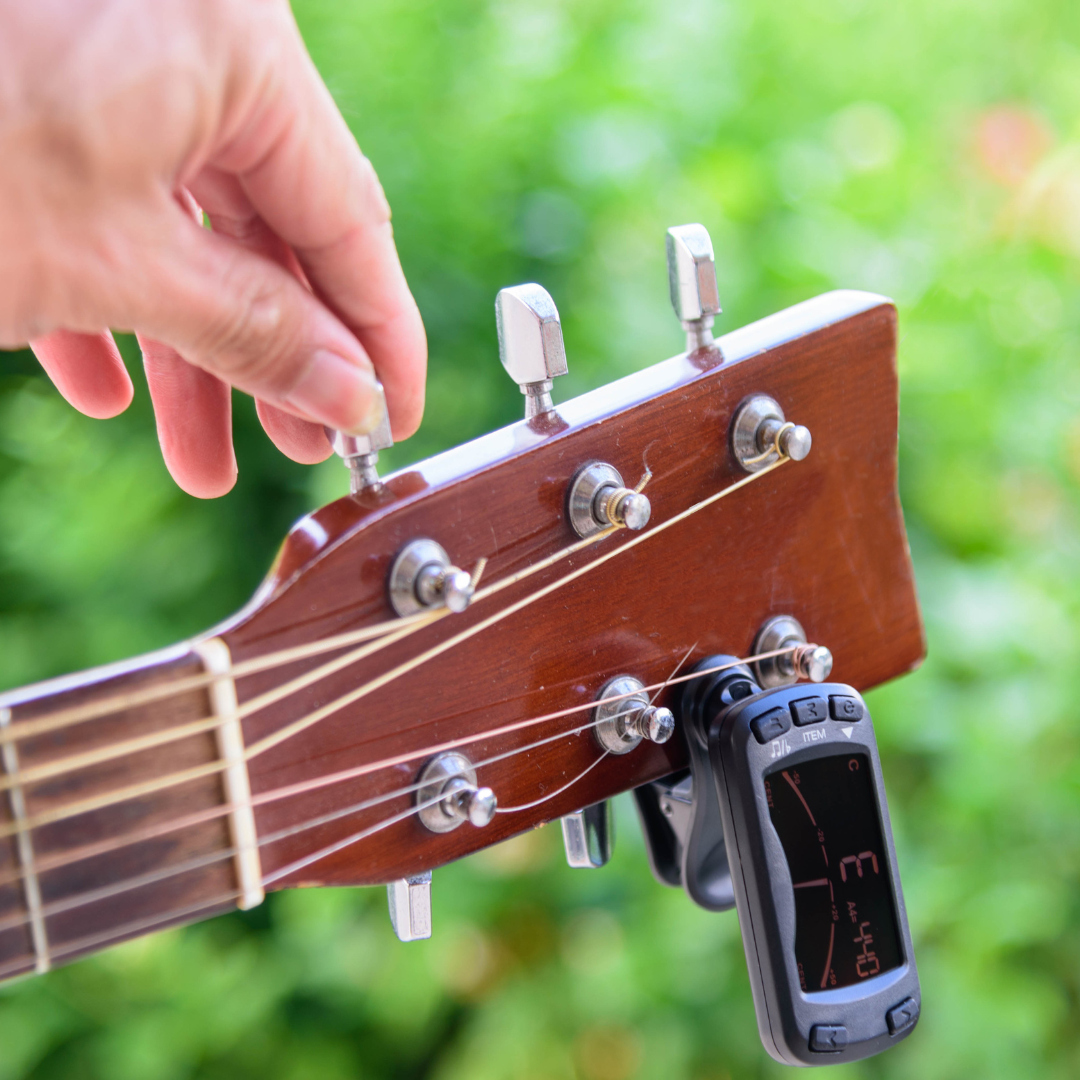 Today it’s easy to skip the steps above and go right to an electric tuner or app to get to drop d tuning.

There are many tuning apps out there for alternative tunings.

If you’d like to look into that more, then we suggest our article on Tuner Apps right here: Best Guitar Tuner Apps.

Is Drop D Tuning Bad For Your Guitar? 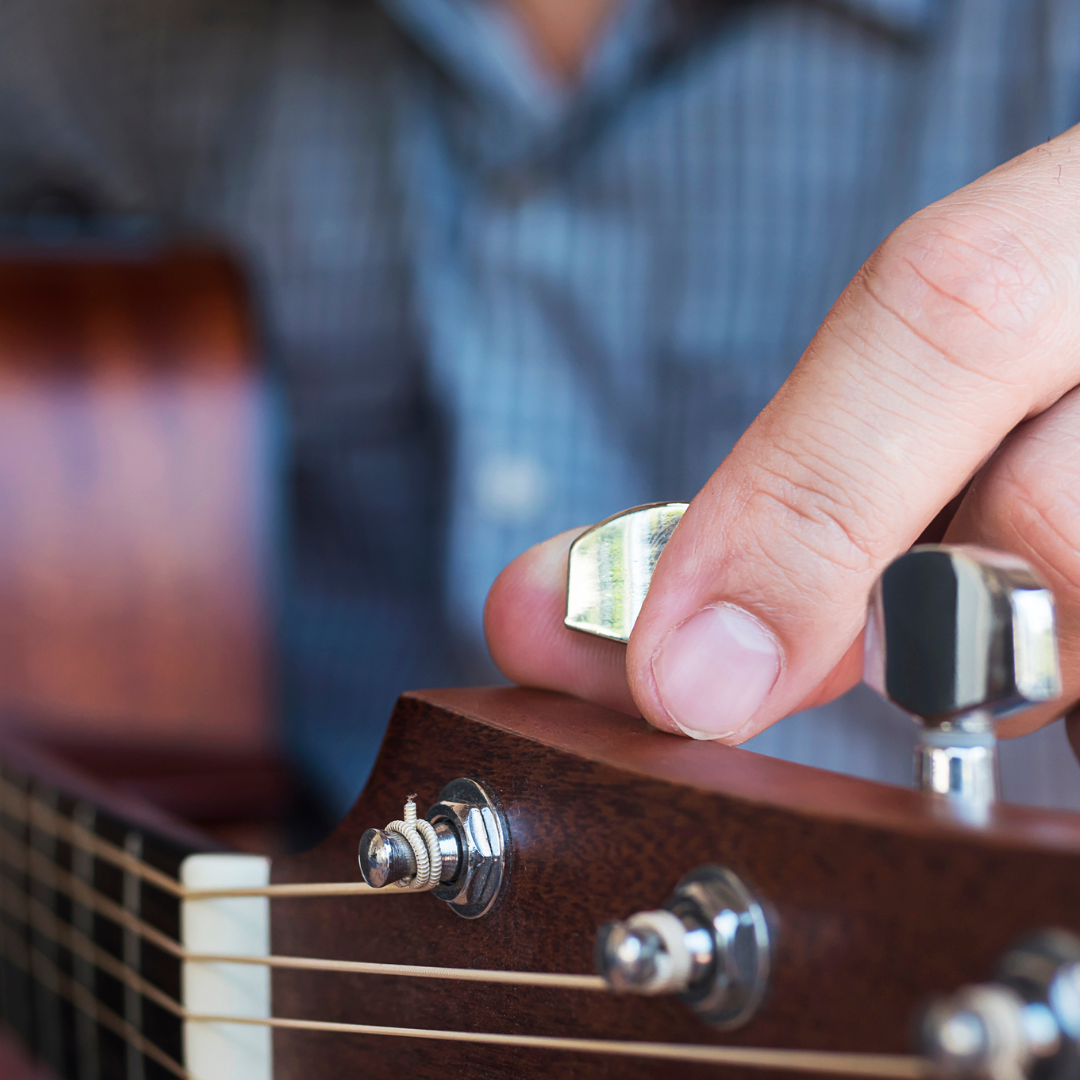 All it does is take the low E string and tune it down one whole step.

The tension (or lack thereof) on the neck will not harm the guitar.

It’s also not bad from a musical point of view as many bands and guitarists use drop d tuning as their primary tuning.

Is Drop D higher or Lower Than Standard Tuning?

Drop D is lower than the standard tuning (E A D G B E) by one whole step, which means it’s tuned to D A D G B E.

Drop D is used in heavier rock music because it has a deeper and fuller tone.

Many early Metallica songs start with an open E which allows room to add in heavy riffs and palm muting.

So now we’ve taken the sixth string and tuned it a whole step down to even give it a heavier feel. It makes the chords sound deeper which is more aligned in heavier music.

There are many songs in popular rock music that use drop d tuning.

Let’s take a look at some songs that have used this alternate tuning. 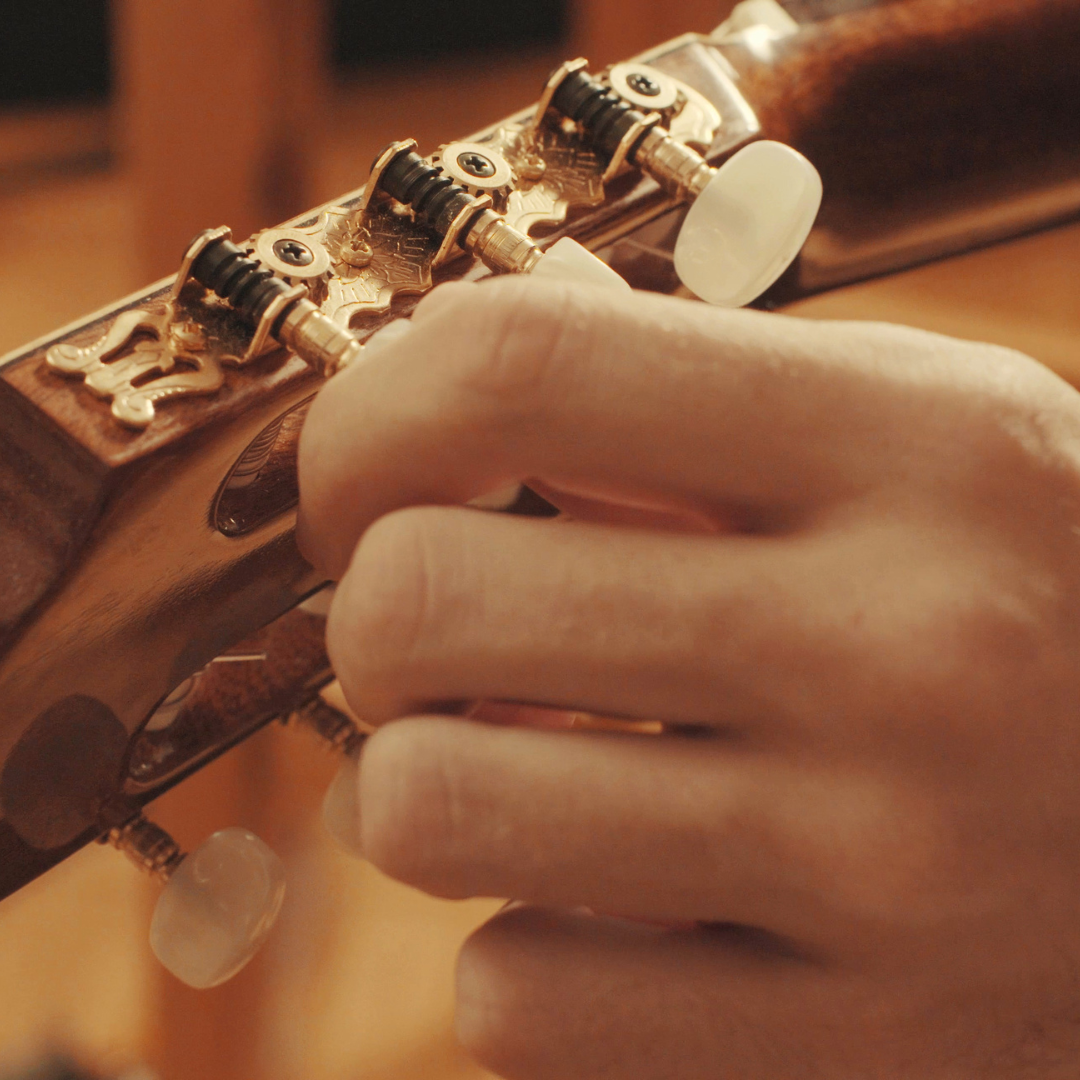 We hope you enjoy our article on drop d tuning.

It’s a great progression from standard tuning and is the gateway to a whole variety of different sounds.

Whether you are in a heavy metal band or a hardcore group, this tuning may just be the one to get you to that heavier place.

Even if you are not in a band, you can jam out to this tuning at home or even on acoustic when writing songs.

We truly hope you have enjoyed this article and if you have any questions, please let us know!

Remember to always HAVE FUN!