A frequent question asked to me is “How many guitar chords are there?

In this post we will try and make sense of it and help clarify things when it comes to guitar chords!

What are guitar chords? 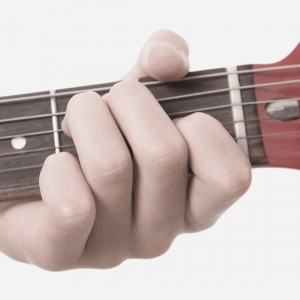 A chord is a group of notes that are played together at the same time.

Most chords use three or more different pitches, and each pitch in the chord is called a “note.” The simplest kind of chord—a triad—consists of three notes that are all played simultaneously.

Triads can be major (happy), minor (sad) or diminished (dark).

Think of guitar chords as the building blocks of a song.

Just like how an architect needs to know the basics before designing, you need to understand guitar chords in order to play songs on your instrument.

Guitar chords are combinations of at least three different notes that are played together and can consist of four, five or even six strings.

The more strings there are, the more difficult it is for beginners because they have more notes to worry about playing at once.

What are the Main Types of Guitar Chords?

To find out how many chords there are, we must first take a look at the types of chords.

Let us look at them below!

Major Chords (AKA The Happy Chords)

The major chord contains the 1st, 3rd, and 5th notes of a major scale. 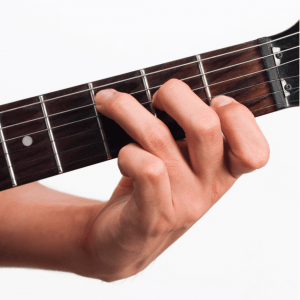 Minor Chords (AKA The Sad Chords)

To get a minor chord, simply move the 3rd note of any major scale down by one fret.

For example, in C Major Scale-C E G  (3) – to make it Minor you would play an F Flat on that third

Augmented Chords (AKA The Jazzy Chords)

Augmented chords are a powerful tool in the jazz musician’s arsenal.

These major chords with raised 5ths have been used for centuries to create tension and suspense, but it was not until their introduction into popular music that they became as prevalent today.

Diminished Chords (AKA The Dark Chords)

A diminished chord is a type of musical interval that has an eerie sound.

This dark, tense feeling can be attributed to the minor third coupled with the dissonant fifth note.

Without context, this timbre sounds off-putting and may make listeners feel uncomfortable or unsettled when heard in isolation.

One of the reasons why the number “12” is thrown around for how many chords there is because this represents the number of keys.

Add major, minor, augmented, and diminished to the mix and we certainly will have more than 12!

Which Chords Should You Learn First?

Many beginners ask the question “which chords should I learn first?”

Some people recommend learning basic open chords like G, C, and D before moving onto other types of chords.

This is because these three chords are used in almost all popular songs.

The other advantage to starting with these three chord types is that they’re easy to play with just one finger or one hand.

As you become more comfortable playing the guitar, many people recommend learning barre chords as well as major and minor shapes for the same reason: they’re easy to use and sound great when strumming them together in a rhythm pattern.

Another recommendation is for you to start with C Major, A Minor, G7 (Dominant 7th), F Major (Major 6th) and D Minor (Minor 6th).

These will give your music a more complete sound because they contain all of the major chord tones: C-E-G; A-C-E; G7-Bb(flat)-F; F-A-(flat)-C; Dm6–F–A.

Once these chords are mastered, it’s time to move on to other keys – such as E minor or B. 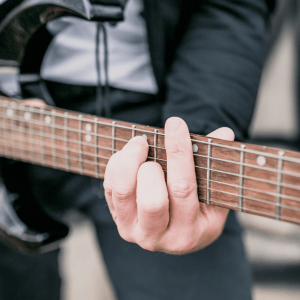 Barre chords are a guitar chord technique where you use your index finger to hold down all the strings on the fret.

It is similar to playing an open A chord but with one finger instead of two.

Barre chords can be difficult for beginners because they often involve both hands, so it’s good practice to start out by using just one hand at first and then gradually adding in more fingers as you get better.

A common type of guitar chord is the power chord, which features only two notes: one from the root note family and one from its fifth note family.

Power chords are often used for heavy metal music and punk rock because they sound very raw and aggressive-sounding.

Power chords are a great way to spice up your rhythm guitar playing.

Since they usually consist of two notes played together, and they don’t require you to have much knowledge about the scales or theory behind them.

While there is no one right way to play power chords on guitar, it’s important that you learn the proper technique for playing them correctly; otherwise, you’ll be at a disadvantage when it comes time to move on from this beginner level songwriting style.

A seventh chord is a type of chord that contains a triad plus a note forming an interval.

The most common types are the major seventh, dominant seventh and minor sevenths.

The first three notes (the root, third and fifth) in a seven-note scale make up the triad for that scale.

If you add the next note (either an octave higher or an interval of six steps), this creates a seven-note chord.

This means there are two versions of each type: with either an added sixth or ninth note.

Additionally, there is also one more version called the half diminished which has a flattened third, fifth and seventh from its related major or dominant triads.

When it comes to the number of guitar chords there are, experts estimate that there are more than 2.000 types of chord variations that can be played on an acoustic or electric guitar.

Personally, I think the number of guitar chords is infinite, as there are many variations on each chord.

Some have even narrowed it down to the very specific number of 4,083.

I guess in the long run, it doesn’t really matter how many there are!

The important thing is that you have a general knowledge of chords and the different types out there. Combine that with knowing the different keys and you will already have a great foundation.

All of the above mentioned chords are super fun to play. Continue to practice and familiarize yourself with the fretboard and the positions of each.

It’s not a stretch to say that the possibilities for playing music with just one instrument are endless.

If you want help getting help and more guidance to guitar players, just drop us a line and let us know how we can help.

Thank you for taking the time to read this post and remember to always HAVE FUN!