The Telecaster vs Stratocaster conversation and debate has been going on for quite a while. The Fender Musical Instruments Corporation (Fender) has been one of the top flag bearers of excellence and quality in the world of music. Known for their iconic electric guitars, acoustic, bass guitars, and amplifiers their popularity is second to none.

When someone has honed in on wanting to purchase a Fender electric guitar, the two models they are most likely interested in is the Fender Telecaster or the Fender Stratocaster.

So what are the key differences between them? Are those differences so profound that they can impact which model you buy?

This guide will be a little bit different as we are going to take you on the history of both of these classic models. We’ll talk about the main differences, look at the famous guitarists you live by each model and then review some truly awesome models.

By the end of this article you will be able to know what the main differences are between the Telecaster and Stratocaster and see which one is the best model to fit your guitar needs, wants, and desires.

We start with the Telecaster because it came first. Developed by Leo Fender in 1950, the Telecaster is known as the first solid-body electric guitar. Even though several companies experimented, they did not have a significant impact on the market.

This design made bolt-on necks on a solid-body guitar something viable. After several variants for it’s name in 1951, the Telecaster was named and we started to see the decals on the headstock.

The Stratocaster came a few years later in 1954. This model was different in that it featured three pickups and a tension vibrato bridge.

The double cutaway and contour design gives the Stratocaster a very sleek overall feel to it.

Once introduced, the guitar became extremely popular and was known for its innovation. It’s body shape was revolutionary for it’s time. It allowed guitarists for a better balance while playing and a versatility in sound.

Telecaster vs Stratocaster: The Differences

Okay so let’s get right two it with the important stuff. Below are the differences between the two models that you need to pay attention to and will affect which you perhaps pursue when you’re ready to purchase.

The Telecaster has a single cutaway body and no contours. The Stratocaster on the other hand is more sleek. It’s a double cutaway and has a contour body which can make it more comfortable to play.

Each of these models has a master volume control however, the Telecaster has only one control for it’s tone. Whereas the Stratocaster has tone knobs for both the middle and bridge pickups.

Both models do have options with humbucking pickup options.

The bridge is  the main difference here between both of the models. The Telecaster bridge pickup is longer and taller therefore resulting in a higher output.

For Stratocasters, they have a floating bridge. This creates a completely different tone by allowing you to achieve vibrato without bending the strings.

Here’s the point I’m sure most have been waiting for when researching the Telecaster vs Stratocaster.

Although there are some similarities, the tones are very distinctive in each of these models.

Telecasters produce a very rich sound. The bridge pickup gives it a super bright sound which is why it has mass appeal for country players as it displays that “twang” that most are looking for.

There are more highs and lows on a Telecaster. Giving it a more muddy and fuller sound.

The Stratocaster due to it’s body shape has a lighter weight sound. With its pickup combinations, you can really achieve a variety of sounds. It’s jangly, chime-like, and clean sound is a true thing of beauty.

It’s bright and thin tone doesn’t give you that “twang” like it’s sibling, but a Stratocaster will have an unbelievable amount of clarity in tone. Due to the three pickups you are going to get more variety in sound.

You’ll notice many musicians from a wide variety of different genres use both models so I wouldn’t particularly say that the tones dictate which players use them. Speaking of famous players, let’s look at some famous players of each of these classic models.

Not that this should be a deciding factor in which model you would like to purchase but let’s take a look at which famous musicians are dedicated to each of these models.

Jimmy Page (in studio he played a Telecaster and in his pre-Led Zeppelin group the Yardbirds).

Telecaster vs Stratocaster: The Reviews

So now let’s look at some reviews of the best of these iconic models that are available. We will be covering the famous “Fender” models but we will also be looking at “Squier” by Fender, which has a lot of value for the price.

This legendary guitar is just that…..a legend. Coming a a verity of colors and finishes such as 3 color sunburst, polar white, tidepool, black, aged cherry sunburst, buttercream, and tobacco sunburst, and more. The price varies for a decent amount of the colors. You also can get both hand orientations.

The dimensions are 42 x 15.1 x 4.4 inches (106.6 x 38.3 x 11.1 cm). The body is made out of alder and the neck is made of maple and the strings are steel. Having a length of 42 inches (106.6 cm), this guitar is the perfect length. Weighing around nine pounds it is also the perfect weight. There are two styles available, maple and pau ferro, but again, the prices are different for each style.

The player Stratocaster features the trio of Player Series single-coil pick ups giving it that classic Fender tone. And speaking of tone, you will get that nice crisp tone which gives you enough treble for an amazing rhythm. Add some chorus or a pedal to the mix and you can get nice and gritty.

In the end this is an amazing guitar. It is a bit pricey yes, but you get what you paid for, which is a high quality Fender Stratocaster.

The Telecaster as we have seen  has a simple yet effective design that makes it a very desirable guitar. Coming in a variety of colors which include, butterscotch blonde, polar white, black, 3-color sunburst, sunburst, tide pool, and more!

It has an alder body with a gloss finish and the neck is made of maple. It is 42 inches tall (106.6 cm) which is about average for eclectic guitars. The hardware is chrome, which has a lovely silvery-gray finish. It weighs 8 pounds, which is lightweight, and the dimensions are 42 x 15.5 x 4.5 inches (106.6 x 39.3 x 11.4 cm). The case is the shape of a rectangle and comes in different colors depending on the color of the guitar with the fender logo on the bottom.

This mode is part of the Squire Affinity Series. At this great price you will get a lot of value. You get that classic Stratocaster design with that legendary tone.

The tremolo bridge is also there so you are able to achieve that vibrato when playing. With die-cast tuning machines and a sleek look it’s really a beautiful instrument.

This is not only a beginner guitar but this also a great main guitar. With a good hefty feel this guitar really is versatile.

The smooth maple neck gives you the ability to play easily while you are in your happy place of creativity.

Because the Squires are made overseas the savings on labor costs means the quality is a little different. Different woods are used for the bodies and that does affect the over sound for sure.

However, the cool thing with Stratocasters is that they are great for making upgrades in the future (pickups and hardware) that will enhance its overall sound.

Here we have the Squire version of the Telecaster from their affinity series. Available in a variety of colors this has that classic Telecaster single cutaway design.

With a six saddle bridge for accurate tuning and a two color headstock logo, one will need to take a double take to see if it’s a Squire or Fender.

This guitar comes with sealed die-cast tuning machines and a smooth neck for a great and easy playability. With the single-coil Telecaster pickups and a three way switch this will give you great tones for a great price.

Like it’s Stratocaster counterpart, the main difference is the wood used which is going to be different as Fenders are made in the United States and Mexico.

Nevertheless, for a great price you cannot beat what this guitar has to offer.

So this Telecaster model is not a Fender nor is it a Squire. In recent years there has been an influx of smaller companies making super affordable guitars based on the models we love.

These Telecaster’s are not flawless. However, for the price you cannot really go wrong. At worst it’s a guitar you can play and not worry about it getting knocked around or dinged.

For the price range, it’s going to be hard to find something that sounds as good. The finish is actually quite impressive. With the smoothness of the fretboards, the guitar is very easy to play and maneuver around.

The action on this guitar is actually better than you would think. With no fret buzzing you aren’t going to need to tweak this if at all.

With the price being so low there will be some things to note. For example, the neck finish was not sanded down towards the heel. The “F” hole (sound hole) could also use a lot more work.

This guitar is a prime example of what you see if what you are going to get.

We have discussed the history of both of these legendary models. We have looked at how they are similar and how they are different.

Now it’s time to take a look at some important questions for those wanting to pursue and purchase one of these awesome guitars. Some of these are totally going to be subjective based on each individual.

Which is More Versatile, the Telecaster or Stratocaster?

This one I will answer based on experience. To me the more versatile of the two is the Stratocaster. Why? Between the five way switch and the tremolo there are just more sounds you can achieve with it.

The Stratocasters have been used in so many genres including Metal. Off the top of my head, I cannot think of a metal guitarist that has used a Telecaster.

Some guitarists will say that the Telecaster is the one that is more versatile due to its overall richness in tone. So at the end of the day it depends on the player.

Telecaster vs Stratocaster for Beginners?

Telecasters have thicker necks and a non-contoured body. The Stratocaster is a less of a handful with a smaller neck profile and a countered body that may feel more comfortable for a new guitar player to be playing.

Which is Better for Each Music Genre?

This is a hard question to answer but it is one that is constantly asked.

Again in my experiences both could be used for practically any genre however country artists tend to lean towards the Telecasters and I’ve seen those that play harder music go for the Stratocaster over the Telecaster.

After all this information, where does this leave us with which one one is better in the Telecaster vs Stratocaster debate? The fact is there is not one that is better than the other. They are both some of the most amazing guitars ever to be made and produced.

Whichever one you chose you are going to be more than happy with. They are both versatile in their own way and offer you a great variety in sound.

Anyone of the famous guitarists listed above are ones that are perfect to look up to and try to emulate.

As we always say enjoy the process of researching which one would be more ideal for you. Thank you for reading and remember HAVE FUN!!!! 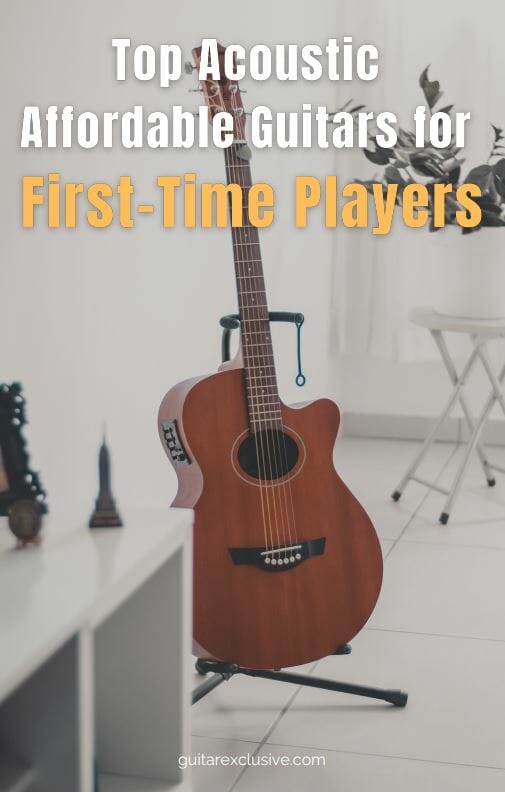